Is Student Loan Debt A Threat to Homeownership? No!

Is Student Loan Debt A Threat to Homeownership? No! 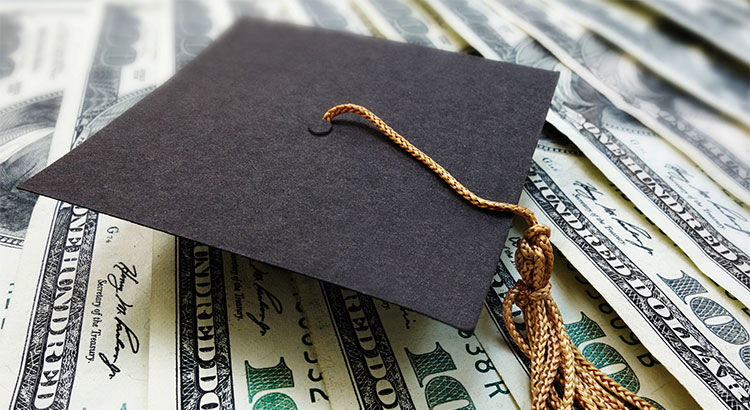 Over the course of the last thirty years, a shift has happened. An entire generation has been raised to believe that a college education is their key to unlocking opportunities that were not available to their parent’s or grandparent’s generations.

Due to this, student loan debt has soared to $1.5 trillion and represents the largest category of debt, surpassing credit card and auto loan debt in 2010 and never looking back. As more and more Americans continue their education amongst rising tuition costs, this number will no doubt increase.

Many housing experts have blamed student loans for a drop in the homeownership rate for young families, and to an extent, they’ve been right. Increased debt at the time of graduation has no doubt limited young people from being able to afford a home at the same rate as their parents or grandparents did at the same age.

In a recent Forbes article, the author explained that “in just the class of 2017, the average student has about $40,000 in debt — almost enough for a 20% down payment on a median-priced home.”

The Federal Reserve set out to determine exactly how much impact student loan debt has had on the homeownership rate of those 18-34 (millennials). Their results found that,

In fact, by the time college grads reach their 30s, those with student loan debt have a homeownership rate nearly identical to those who didn’t take out loans.” (emphasis added)

In the Wall Street Journal’s coverage of the Fed report, they found that recent graduates prioritize paying off their student loans over saving for a down payment, despite their desire to be a homeowner. Many with debt want to “get that monkey off (their) back (before they) make any new investments.”

This has just delayed the wave of young home buyers from hitting the market. But as Danielle Hale, the Chief Economist at realtor.com warns,

“2020 will be peak millennial, the year when the largest number of millennials will turn 30.”

By age 30, those who attained a bachelor’s degree right after high school will be one or two years away from paying off their loans and will have been in their career long enough to earn a higher salary.

In the long run, research shows that attaining a bachelor’s degree or more actually increases the chances that someone will become a homeowner.

If you are one of the many millennials who has prioritized paying down your student loans over saving for a down payment, you’re not alone. Even if you are a couple years away from paying off your loans, let’s get together to help you determine if waiting really is the best decision for you!

To continue searching, you must agree to the Terms of Use.

For the best experience, please provide your cell phone number and select accept below to opt-in to our Terms & Conditions and Privacy Policy to begin receiving text and voice communications.

or make a new notebook

Search the full MLS and Exclusive Property Listings.
(Prices and inventory current as of April 16, 2021)

Have a house to sell?

Find Out How Much Your Home Is Worth (optional)

We just need your phone number to finish creating your account.